NEW THREAT TO SANITY, RECOVERY — CAN SHE BE STOPPED?

Sally Satel, pictured at right, is yet another herald of scary things to come from the Bush administration for dis-labeled people. Given that Mr. Bush championed Tommy “Lock-’em-up” Olmstead in 1999, we are not surprised.


He has nominated psychiatrist Satel as White House envoy to the Centers for Mental Health. From that position, Satel intends to liberate her profession from the constraints of “so-called civil rights.”

Satel is just one envoy to the White House from the American Enterprise Institute. Another is, or was, Enron’s former CEO Kenneth Lay.

Satel declared war on psychiatric survivors, most especially people of color, in her ominously influential new book, P.C., M.D., where she blames affirmative action and political correctness, not forced treatment, for what ails the nation’s mental health system.

She writes that “Being required to take medication is hardly a violation of the civil rights of a person who is too ill to exercise free will in the first place.” And who will determine when your free will is out of whack? Shrinks like Satel, armed not just with their it’s-all-in-your-dopamine-receptors brand of science fiction but with her ultimate Catch-22: “The point of imposing treatment is to help patients attain autonomy.” She uses straitjackets in her example of such help.

“We have,” she claims, “more effective treatments, both social and pharmacological, than ever in the history of psychiatry.” [See one example of the profession’s advances in“After All We’ve Done,” below right.]

Bush pulled psych survivor support networks like the National Empowerment Center out of his new budget, no doubt on the advice of Satel. She is one dangerous woman.

Watch out, America. The use of electroshock escalates. NAMI lobbies state legislatures for ever more forced outpatient drugging. Thanks to lavish drug ad campaigns where side effects on the mind do not appear, the public seems willing to accept pharmaceutical solutions to personal crises. And Mr. Bush aims to turn back to pre-sixties civil rights in mental health—no rights at all.

With so many assaults at once, an April meeting of 35 survivor-activists in Nebraska City had plenty to worry over. They decided that Sally Satel’s appointment as White House advisor to the Centers for Mental Health is an immediate threat that can, with your help, be headed off. Please see on how to fix breaking news, at right.

Meanwhile, a report surfaced, in the February Archives of General Psychiatry, that official statistics on mental illness in the U.S. are, well, crazy. One widely-quoted stat claims that half of all Americans will require mental health services in their lifetimes. The more careful researcher-statisticians said 18.5 percent, if that.

The mental health industry took immediate offense to the correction. Think about it: the higher the estimates, the beefier their bank accounts. Watch out. Uncle Shrink wants you.

THE ABOVE RIGHT WAS CLIPPED FROM A 2002 REPORT ON ADMINISTRATION OF ELECTROSHOCK TREATMENT IN NEW YORK STATE'S STATE-OWNED LOONY BINS, PUBLISHED BY THE NEW YORK STATE COMMISSION ON QUALITY OF CARE. THE FOUR PHOTOS SHOWN HERE BELOW ARE BY TOM OLIN WHO ATTENDED THE APRIL 2002 STRATEGY MEETING OF SUPPORT COALITION IN NEBRASKA CITY. 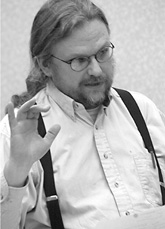 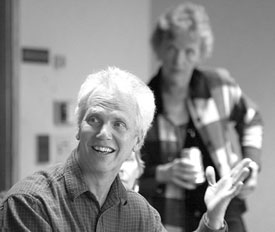 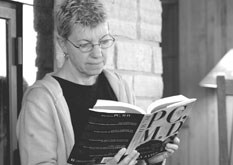 WHEN THE NEWS BREAKS, FIX IT

Wish we could tell you when and where the protest of Satel will go down. (Probably in May, in or near Washington, D.C., so if you live within shouting distance, get your up-to-the-minute updates at www.mindfreedom.org.)

Meanwhile, we can all of us call toll free to the U.S. Senate where Sally Satel’s appointment will be debated. (Both houses of Congress will have to say yes to the Bush termination of consumer-run centers for community MH.) Here’s how to make your call:

Dial 1-866-727-4894, voice or TTY, which gets you the Capital switchboard, toll free. Tell them your state and they can connect you directly with your senators’ offices. (The same deal works for represenatives; just tell the switchboard your zip code.)

Members of Congress can also be reached by email at www.congress.org.